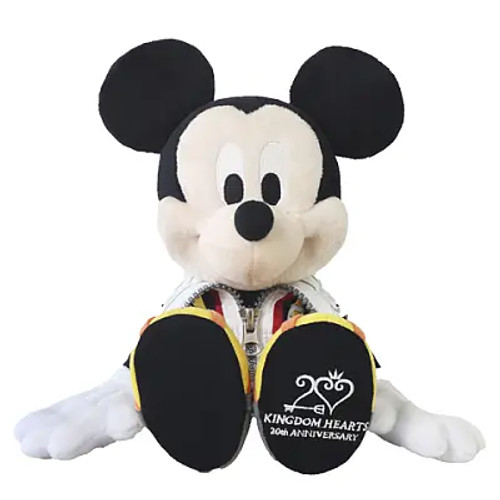 Order received after June 20, 2022 may not be accepted. Unfulfilled order will be fully refunded.

To commemorate the 20th Anniversary of Kingdom Hearts, a new version of King Mickey joins our Series Plush line. This new version of Mickey showcased in his Kingdom Hearts II outfit and features the 20th anniversary logo embroidered on the sole of his foot. Mickey also comes with his trunk case as seen in the game! This will be a great addition to any fan's KINGDOM HEARTS collection!