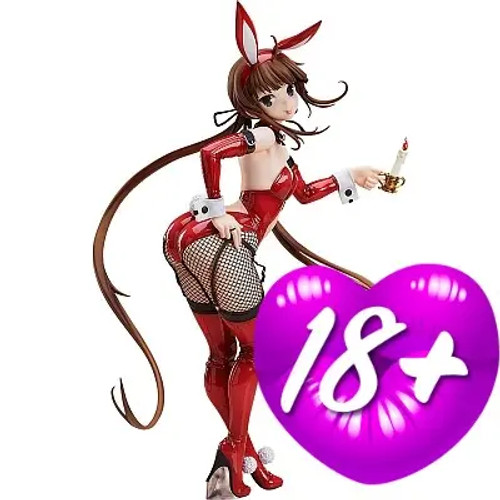 Order received after August 15, 2022 may not be accepted. Unfulfilled order will be fully refunded.

Adult themed item, for customers of age 18 and above ONLY!

"Were you talking about Ryobi when you said 'small breasts'!? You weren't, right!?"

From "Shinobi Master Senran Kagura: New Link" comes a scale figure of Hebijo Clandestine Girls' Academy's Ryobi in an original bunny outfit! The figure is based on an illustration by Nan Yaegashi, character designer for the Senran Kagura series.
Ryobi has been captured in figure form wearing a red bunny suit with a candle burning in her left hand. Ryobi's sadistic personality—a stark contrast to her sister, Ryona—has been perfectly captured in figure form.
Ryobi's characteristically impressive backside and relatively smaller chest are two more parts of the figure fans won't want to miss!
Ryona: Bunny Ver. is also available for preorder now, so be sure to get them both!